3 Fly Tying Tips for Saving Time on the Vise

Shortening days and temperatures sneaking well below freezing can only mean one thing… ’tis the season to tie flies. With winter looming and the official fishing season long since over in New York, I, like many anglers, take to the vice and dream about the coming spring. Like most aspects of fly-fishing, tying requires patience, practice and time in order to become proficient. However, a few small fly tying tips here and there can make your time spent at the vice far more productive. The following are 3 simple tips that I have found to be immensely helpful over the years. I hope they serve you well, too!

Keep your scissors in your hand at all time. At first this might seem like a crazy notion. I remember thinking that when this advice was first presented to me by a local shop owner and fly tier. In practice it’s actually quite simple and can ultimately save loads of time. To see an example of this in action, check out this video by Tim Flagler.

If your anything like me, you’ve probably spent more time over the years looking for your scissors than you’re comfortable admitting. Learning to tie with your scissors in hand will not only save you time, but it will also teach you how versatile of a tool your scissors actually are. You can use them pick materials, help with half hitch’s and whip finishes, provide measurements, and keep dubbing loops open. In truth, the list is longer than that and only limited by your imagination.

Over the years I’ve found that a pair of scissors with enough room for two fingers work best (see photo). Also keep in mind that the length of your scissors is important. Too long and they become clunky, too short and, depending how sharp they are, you might find yourself a little bloodier than you hoped for. As with all things this will take a bit of careful practice. But, with a bit of time and patience, this fly tying tip won’t leave you disappointed.

Much like turning your scissors into a versatile tool, I think it is important to reduce our reliance on tools in general. More tools means more time spent looking for tools. This leads to less productive tying.

One of the tools I think that can be easily replaced is a whip finisher. With a little practice you’ll find that your index and middle finger can produce an incredibly effective whip finish. It may seem a bit trivial, but when time for tying is limited simple hacks like learning to whip finish by hand can pay huge dividends. Time saved equals productivity.

To see this in action, check out another video by Tim Flagler.

Additionally, when you consider that a whip finish is just multiple half-hitches, the ability to quickly throw a hitch or two can prove to be extra helpful on intricate patterns. On patterns like this, saving your progress can be the difference between success and failure. AKA, a total tantrum meltdown.

Maybe you’re reading this thinking I’m nuts. First I asked you to risk stitches to save time. Then, I told you to throw out your tools?! Maybe you’re ignoring my advice. Or maybe you’re a collector of tying tools and the thought of getting rid of one of your babies is simply unbearable…fair enough. This tip is for you.

If you insist on having every known tying tool that is one hundred percent your prerogative. Believe it or not, despite my above advice, I’ve suffered from the same issue. If this is the case, then having a way of keeping these tools at the ready and not buried under a buck tail on your desk is crucial.

I present to you: the foam chunk!

Any chunk will do as long as it is freestanding and big enough to house all your tools. Having something that will centralize your tools as well as allow you to quickly use them will greatly reduce the time spent tearing your desk apart to look for that squirrelly pair of hackle pliers. And as we know by now, time saved equals productivity.

I hope you found these tips helpful, remember to mess around and find what works for you. I found these by experimenting with my own tactics and talking to more experienced anglers. See you on the water!

To learn more from Sean, check out his other articles on the blog!

Explore more of Sean Platt's posts
Back to blog posts
Next Blog Post: The Weighting Game: Making the Most of Fly Fishing in Winter 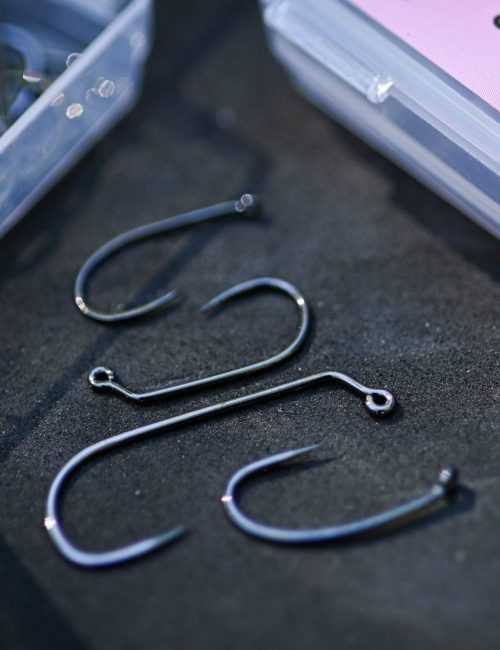