It’s been a few years since I have floated the Colorado so was excited to get an afternoon on the river with Andrew Petersen and a couple of his guides from The Colorado Angler. I had previously floated with Andrew and he is one of the nicest guys to spend time on the river with. A beautiful day although gusty had most of us fishing a hopper with a rubber legs underneath and a nymph below that. The guys swear by the French Jig pattern on the point so much so that Andrew has been known to hide his stock from the guides or risk getting cleaned out. I was slightly skeptical and did try some other nymphs, always to return to the French Jig- it’s deadly on the Colorado.

The Colorado is certainly a spectacular river to float and it’s difficult to concentrate on the fishing at times. The Grand Western Railroad parallels the river through the section we were fishing and the sometimes near vertical cliffs interspersed with Sagebrush, cottonwoods and Willows along the bank make it truly memorable.

We had a couple of moments of adrenaline rush through some white water, expertly handled by the guides, and Andrew even kept his cigar in place!

Floating Tip: As the river runs lower, please proceed with caution. Lateral waves, standing waves, wave trains, and sleepers are still areas of concern. If you are unfamiliar with the river at these levels ask someone that is familiar with it about what to expect. And by all means, wear your PFD. Cold water and lower currents can neutralize your amazing swimming ability (more exposed rocks and sleepers!). There’s nothing cool about drowning. 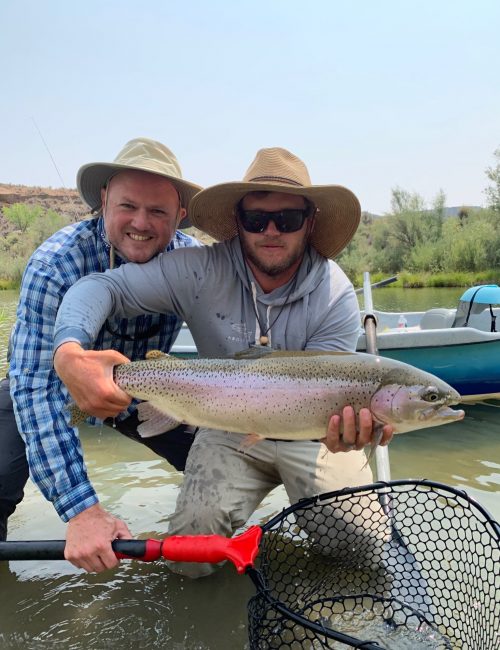 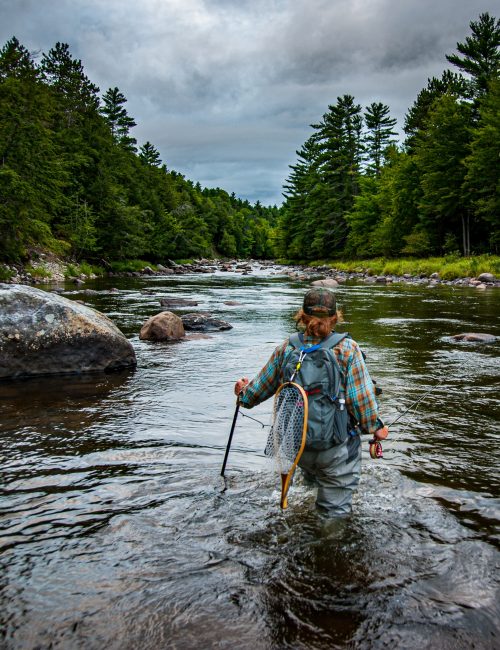 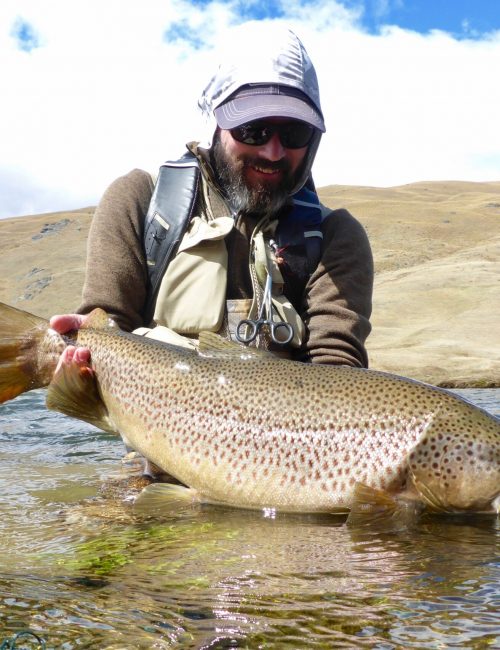